Education has been a primary factor in the development of Nigeria. Since the advent of education, different institutions have been setup to train and nurture individuals on different stages of their career pursuit ranging from primary education to secondary and tertiary institution.

Government has played a major role in the education sector of the country and Lagos state being a metropolitan state has benefited tremendously. The dream of every parent is to find the best school that can bring out the best in their children. Our definition of a good school should be based on the child’s performance and ability to defend themselves when the need arises.

We have come up with a list of the top ten best government schools in Lagos state. This list is based on some certain factors, which include:

Let us now, based on these factors, consider the top ten best government schools in Lagos State. 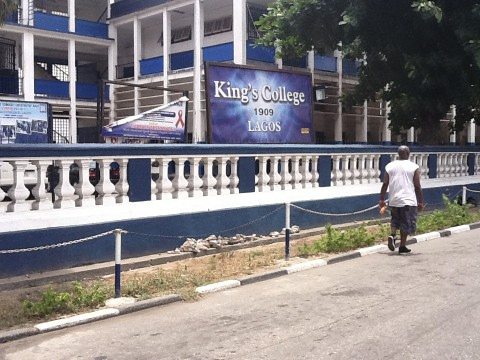 Take nothing away from this prestigious school. Its reputation and rich history alone makes it one of the best government schools in Nigeria. Its consistent academic excellence then makes it top of our list. Established in 1909, King’s college has maintained a top academic standard and boasts of a very conducive environment as well as other good facilities that ensure smooth learning. Among the pioneers of the school were J.C Vaughan, Isaac ladipo Oluwole, Frank Macaulay, Herbert Mills (from the gold coast), O.A Omololu and Moses Kin, all of whom made history in their professional spheres.

The boys-only school also features a hall that accommodates about 300 students. It also has comfortable lecture rooms, a well-equipped chemical laboratory and an office.

If you are looking for a girls-only government school for your child, then Queen’s College is your best bet. Strategically situated in the Mainland region of Lagos State, you can be assured of top academic disciple for your kids, as they will get in the best private schools in Nigeria. QC, as popularly called, was established in October 1927, eighteen years after the King’s College was established. Since then, QC has developed to be one of the most sought after government schools in the country.

The boarding school, which is a girls-only school, makes this list not only because of its known ability to develop her students into academic forces but also discipline them morally. This school is indeed the queens’ college.

Although there are many government colleges in Lagos State, Government College Ikorodu stands out. Established in 1974, Government College Ikorodu is one of the newest government schools when compared to other schools on this list. The wealth of amazing history they have gathered since then has been remarkable. Although located in the outskirt of the state, this prestigious school remains one of the best schools in terms of population to facility ratio. They manage the students well and ensure to facilities, at least to a government-school standard, for conducive learning environment.

GCI has attracted students from within and outside the state and is considered to be one of the best government schools within the state.

A school founded in 1859 is bound to have lots of history; good ones in that. CMS Grammar school is the first secondary school in Lagos State, also the first in the whole nation. The school has since then led by example, boasting one of the best WAEC success rate among government schools in the nation.

This boys-only government school has shown no sign of dropping off the among the best government schools in Nigeria as they keep looking for ways to constantly improve in both their learning system and social-academic balance. The school also trains her students moral discipline and etiquette. Why wouldn’t a school like this make our list?

Of all the Colleges founded by the Federal Government, FGC Lagos has staked its claim repeatedly as one of the best. Unlike most government schools on this list, FGC Ijanikin was founded far back in 1975 by the federal ministry of education.

Up until today, this special college boasts of very qualified teachers and technicians. It maintains a secure and education-friendly environment to ensure proper learning system. Still regarded as one of the greatest successes of the federal ministry of education in terms of schools established, FGC Lagos definitely makes our list of best government schools in Lagos.

If revolution is a factor we are to brag about, then Igbobi College is among the best government secondary schools in Lagos state. Established in 1932, this historic college has not only maintained its academic standards but has also evolved as one of the most modern of government schools in the state. With top-notch facilities and academic schedule, you can only get better with Igbobi College.

The college was founded by the Methodist and Anglican churches, which explains the reason they maintain high moral value till date. Located in Yaba, the school has produced a lot of successful professionals and on track to keep producing the best crops of professionals in the nation.

This is another government school that has proven to be among the best government schools in Lagos State. The list is in fact incomplete without St Finbarrs College. The school was primarily located in Apapa Road in 1956 before being moved to Akoka sometimes in 1959.  Situated in a strategic place, just opposite Federal College of Education in Yaba, St Finbarrs College has attracted people from within and outside the state.

Its achievements in sports also give this school an edge over some other government colleges in the state. Although the facilities are getting somewhat outdated, they still maintain a top level of education and guarantee academic success.

You would expect a school that constantly produces one of the best students in national competitions like Spelling Bee to be among the best schools in Nigeria. That is one main reason Lagos State Model College is on the list; their academic history is an excellent one. You send your kids to school so they can be better in all spheres; that exactly is what this school offers.

LSCMB is a state owned school that is located in Badore Village, Eti-Osa Local Government. Applauded for her rich history, this school books its place as one of the best government schools around, no doubt.

It is amazing how a school of over a hundred years old still manages to remain among the best schools in Lagos state. Established in 1913, Eko Boys’ High School sets a standard most other government schools are trying to match. With impeccable educational system and up-to-date syllabus in all subjects, this school is far from dropping from this list.

Although its old infrastructure and facility is understandable, it does not stop the school from attaining new height of academic excellence. The school is divided into primary and secondary sections as directed by Lagos State Government some years ago. The junior and senior sections of the school have produced top professionals and are in no mood to relent as they seek to be the best ever government school in the state.

The school is divided into two sections, Junior and Senior sections, as directed by the Lagos State Government. Despite not featuring modern facilities, its academic system remains standard.