If you’re looking for detailed information on the Lagos light rail project, then you’re just on the right page. Read on to learn more about one of the best innovations in Lagos State’s transport sector.

It’s no longer news that Lagos is Africa’s fastest growing city. However the population explosion occurring in this urban city has created infrastructural deficits especially for basic amenities.

One of the basic infrastructural deficits is seen in the transport sector and this led to incessant traffic congestion in this urban city. However, the Lagos State Government has always been forward thinking about solving this challenge

The first solution to this problem was proposed in 1983 by the then governor of Lagos State – Lateef Jakande. It was called the Metroline Project and was to be handled by Interinfra, a French company. 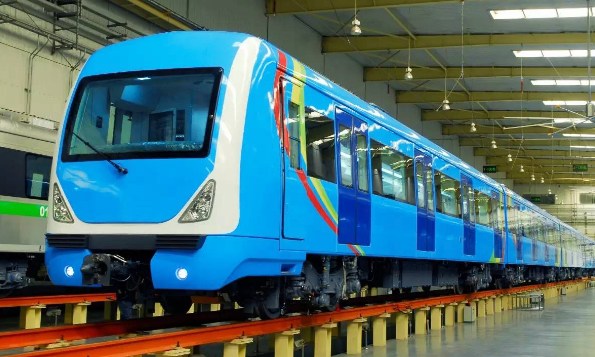 The first phase was expected to be completed in three years; however, a year prior to the proposed completion date, the project which was still moving at snail speed was cancelled by the Federal Government citing lack of fund as reason.

The project was expected to cost N683 million and the government was unwilling to take up the burden of financing this project with loans.

The urban explosion in Lagos continued to put a strain on the limited road infrastructure; however nothing was done until the 2000s when the Lagos State Government led by Bola Ahmed Tinubu reinstated the project.  The project was called the Lagos Light Rail Project or otherwise known as the Eko Rail. It was formally announced in December 2003.

The project was expected to be managed by the Lagos Metropolitan Area Transport Authority (LAMATA) and it comprised an initial phase of building 2 lines – the Red and Blue lines, with the intention of extending it to 7 lines.

After the initial announcement, it took five years before the project could kick off, with the contract being awarded to the Chinese Civil Engineering Construction Company. The project was expected to cost $1.2 billion and a completion date in 2011 was set.

Not long after the project commenced, the Lagos State began seeking potential investors that would operate and maintain these lines after the construction. The plan was to award a concession contract to the potential investors which would last 25 – 30 years. The concessionaire would also be involved in the design and construction of the infrastructure relating to the operation and maintenance of the lines.

The blue line of the rail project is expected to begin at Marina and extend to Okokomaiko. This particular line was expected to be entirely funded by the Lagos State Government.

The entire length of the blue line is 27km (17 miles) and it is expected to cost about 70 billion naira in construction expense. It comprise a total of 13 stations namely Marina, Ebute Ero, Iddo, Iganmu,  Alaba, Mile 2, Festac, Alakija, Trade Fair station, Volkswagen station, LASU and the Okokomaiko station.

The blue line shares 3 stations with the red line. A journey along the blue line is approximated to last 35 minutes.

The red line runs precisely from Marina to Agbado. Interestingly, the line will share the right-of-way of the Lagos–Kano Standard Gauge Railway.

Overall, the blue and red lines are expected to carry a total of 1.6 million passengers daily.

The construction of the other 5 lines will commence after the blue and red lines have been completed and they are expected to extend to places like the local and international wings of the Muritala Muhammad Airport, Ikeja; the proposed Lekki Airport; Otta; the Redemption Camp  and Mile 12.

Initially, the trains to be used for the Lagos light rail project were to be acquired from Canada. These were the H5 series subway trains formerly used by the Toronto Transport Commission.

However in 2015, this plan was cancelled and LAMATA decided to import Chinese built electric trains. The initial 15 electric multiple units that were to be brought were expected to cost $14.65 million. Another 14 units are expected to be imported at a later date.

The rail system is expected to have an independent power supply with a 30-40Mw power station being built to supply the system.

Unfortunately, the same fate that plagued the construction of the first rail system over two decades ago has crept into the construction of the Eko Rail. However this hasn’t led to any cancellation but the completion date has been postponed at least 3 times. Notwithstanding, the present governor of the state — Akinwunmi  Ambode has promised to deliver the completed project by 2017.

Presently, Lagosians from all walks of life are eagerly anticipating the completion of this project which many believe will solve a large chunk of the city’s transportation problem; however, when that will be, only time will tell.