Often preceded by a reputation of many colours, Lagos remains an irresistible hub that serves as a potpourri of many identities, irrespective of their differences.  From its humble beginnings as a port city on a collection of Islands, it has grown to become one of the fastest growing cities in the world, as well as one of Africa’s most popular urban centres. Lagos can be a tortuous place to know as it contains superstructures interwoven into each other. 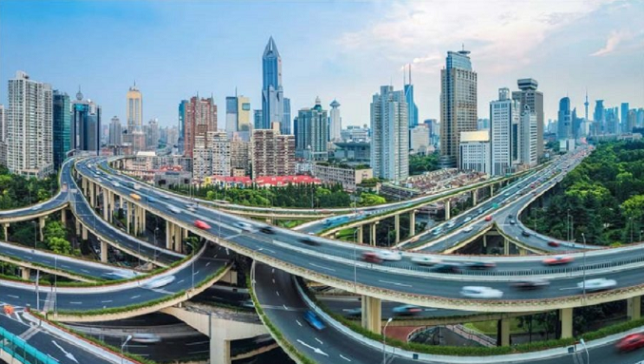 For one reason or the other, you would need to visit some of these places at some point in your life. Whether it’s for work, pleasure or simply the need to know, you need all the information you can get about them.

With a population of over one million people, Alimosho is the largest local government in Lagos.  Established in 1945, it has a rich cultural heritage especially with the Masquerade festival which is celebrated annually.  It is largely dominated by the Egbados who were primarily agriculturalists.  Its religious setting is equally dominated by Islam and Christianity. It boasts of a central mosque which is the Lagos’ third largest mosque after Badagry Central Mosque and Lagos Central Mosque.

Ajeromi is one of the four local governments in Badagry Division. It covers about 2,216 hectares of land with 97% development area, leaving 3% comprising gutters, canals and swamps. It is considered among the world’s densest places. The Local government is geographically 11 ft below the sea level and virtually half of its total landscape is reclamation of swamp and mash. Its dense population comprises of diverse populated settlements, towns and communities made up of people of diverse ethnic origins/nationalities and culture.  The name ‘Ajeromi Ifelodun’  directly translates to ‘I find trading easy – Love is the sweetest’.

Badagry is a coastal town of immense historical significance.  Its habour was a key port in the export of slaves to the Americas and Haiti.  After the suppression of the slave trade, it became a major hub for Christian missionary work as history records that the religion was first preached in Badagry by a Rev Thomas Birch Freeman.  Since it is a coastal town, it subsists principally on fishing and agriculture, and also providing a tourism service in its museums for anyone who wishes to learn about its history.   Important sights to visit  include the first Well in Nigeria, the first storey building in Nigeria, Badagry Heritage museum, Slave port badagry and Several other places.

With an area of 81km2 and a population of over 650,000, it sits as the third most populated local government in Lagos.  A bustling corner of Lagos and blessed with irresistible urban and rural sights, it is well connected by rail and road to the rest of the state and the entire country.  Tourists can feed their eyes on the assorted range of local customs and traditions, and its boisterous marketsphere.  Attraction sights also include Ndubuisi Kanu Park and Foot Statue Roundabout. The Local Government office is situated at Ogudu Road.

This is another local government in the Badagry Division. With a population density of 300, 000 people per square kilometer, it boasts of 67 communities, 12 of which are urban, 47 rural, and 8 having both complexions.  A sizeable number of its inhabitants live on the Lagoon, and so consequently, it is a home for international trade between her people and others of various origins. The kindness and hospitality of its people has been an attractant to people from neighboring locales and even countries. Its secretariat sits at 41 Road Festac Town.

Formed from the name of two independent communities, Ibeju Lekki is blessed with jaw dropping lagoon and dazzling ocean sights.  Often referred to as the New Lagos, it is arguably the fastest growing region in Nigeria as it has been forecasted to become the future commercial hub of Lagos as the years rolls by.  Asides the countless luxury resorts and major industries, it is home to a multi-billion naira airport, a refinery, and a University.  Notably, it houses the new computer village.  It is simply a place to be.

Epe is a small town and local government area located on the north side of the Lekki Lagoon. Despite its population, smaller than 200,000, it is still An important spot for the exportation of fish, cassava, corn, coconuts, rubber, and firewood from Lagos to other parts of the country.  It is notably known for the construction of motorized, shallow-draft barges that navigate the coastal lagoons.

The name ‘Apapa’ collocates with the word ‘port’ in the Nigerian mind.  This is  because it contains a number of ports and terminals operated by Nigerian Ports Authority (NPA) which is also situated in Apapa.  Just at the mouth of Lagos Lagoon, Apapa is the site of a major container terminal currently owned by A.P Moller-Maersk Group, a Danish Firm.  The 2006 census records its population numbers as 217, 362.  Major points of interests include the Folawiyo Towers, a boat club located on Apapa Creek, and Bua Group of refineries.  It is also the headquarters of the prestigious Nigerian Newspaper Thisday. The Local Government office is situated at 37, Burma Road, Ajeromi Ifelodun.

Eti Osa is a local government which serves as a conglomerate of several important places of Lagos State like the Lagos Victoria Island and Lekki’s port.  Victorial Island, which lies within the boundaries of Eti Osa Local Government is an affluent area that encompasses a former Island of the same name. It is the main business and financial centre of Lagos State.  Although Eti Osa possess little industry, it is surrounded by neighborhoods like  Ikoyi, Lekki Port, Lekki Lagoon characterized by the hustle and bustle of a busy town.  The domestic and international business in Eti Osa is only due to its reputation as the former location of the nation’s capital.  Its Local Government Office is situated at Km 15, Lekki Epe Expressway.

Located just at the center of the state, Ikeja can easily be tagged the soul of Lagos state. Apart from the fact that it serves as a home for most political figures in the state, its close proximity to every other area in the state makes the local government a perfect fit as the State Capital. For a local government that covers just about 50 km square and hosts over 312, 000 people, it is rightly considered to be overpopulated. Generally considered the “Lagos of Lagos Mainland”, Ikeja city remains the home of top companies, manufacturing industries and still maintains solace for low/average class businesses. Ikeja also boasts of Ikeja City Mall, one of the biggest shopping malls on the mainland of Lagos.

Probably one of the roughest places in Lagos state, Mushin is generally known for its constantly crowded and tense atmosphere. Located just 10 km north of the State Capital Ikeja, the local government is basically a residential area, especially for people working in and around the state capital. With a population of over 633, 000 as at 2006, Mushin remains one of the most congested areas in Lagos state. The overpopulation is most likely due to the lower standard of living, which includes low-quality housing, cheaper food stuffs and inadequate sanitation, when compared with surrounding areas.

Oshodi-Isolo is the closest local government to Ikeja. The Local Government was coined out of the state capital by the second republican Governor of Lagos state. The close proximity of the area to Ikeja makes it the fifth most populated Local Government area in Lagos state with just Alimosho, Ajeromi Ifelodun, Kosofe and Mushin above it in terms of population size. Covering just an area of 45 kilometers square, Oshodi-Isolo has a population of over 621, 500 people.

With an area of about 345 kilometer square, Ikorodu comfortably sits on top when it comes to the biggest Local Governments in Lagos State, in terms of land mass. It also has a population of about 586, 000 people. With the historic Local Government situated about 36 km north of Lagos, it shares boundary (to the north) with Ogun State. Ikorodu is regarded as one of the fastest growing regions in the suburb of the state. This is partly because of the relatively cheap standard of living in the area and people immigrating into the region from surrounding villages. The Local Government also serves as a home to lots of industries and developing companies.

Surulere is arguably one of the most popular Local Government Areas in Lagos State, thanks to the popularity of a region of the Local Government – Ojuelegba, which has been made known worldwide by popular music star, Wizkid. Although the Local Government covers just about 23 kilometers square, it recorded a population of over 504, 000 people as at 2006. Surulere is the home of the most popular stadium in Nigeria, the Lagos National Stadium which has a capacity of 60,000. The congested Ojuelegba is often regarded as one of the busiest places in Lagos.  Surulere also boasts of one of the best road networks in the area as it comfortably links Mainland with the Island.

With a population of over 460, 000 people, Agege is unsurprisingly one of the top residential areas in the Mainland. Due to its close proximity to Ikeja, which is a more commercial area, the Local Government enjoys hosting reputable individuals that are unwilling to reside in Ikeja. Located just at the suburb of the state capital, Agege stretches from Abeokuta express road around Ikeja Local Government to Dopemu junction. The Local Government houses some popular places in the State, including the NYSC permanent site and a campus of the Lagos State University.

Shomolu, which is also known as Somolu, is located at the suburb of Lagos State. The Local Government, which strikes a balance between being commercial and residential, recorded a population of over 555, 800 people as at 2016.

Considering its economy, financial status, the caliber of dignitaries its hosts and homes, the number of companies and businesses within the area, it is safe to say the Lagos Island Local Government is the heart of the state. With the local government lying in Lagos Lagoon, the city spreads to cover nearby islands as well as neighboring mainland. The local government covers an area of 8.7 kilometer square and had a population of over 209,000 as at 2006. The local government homes several business headquarters and is considered more of commercial than a residential place.