In this article, you will find the list of the top 10 pharmaceutical companies in Lagos. The list contains only the market leaders whose products are well accepted in every part of Lagos. 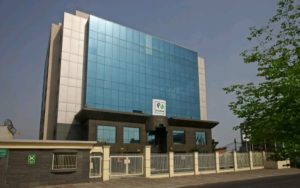 Fidson Healthcare Plc is a top pharmaceutical company in Lagos. The company was founded in 1995 and has since grown to become one of the market leaders through the manufacture of quality and affordable pharmaceutical products.

The company was initially established as a local distributor of pharmaceutical products before expanding to the importation of its brand of medicines. In 2002, it set up its first local manufacturing facility and became one of the first companies in Africa to manufacture Anti-Retroviral drugs (ARV). Fidson produces a wide range of pharmaceutical products which include; anti-malaria, multi-vitamins, insulin, anti-bacterial, anti-fungal, and eye treatment drugs.

She is the current CEO of the company which accounts for a large number of the drugs bought and consumed by Nigerians today. Emzor Pharmaceutical has its head office located in Lagos State, Nigeria. 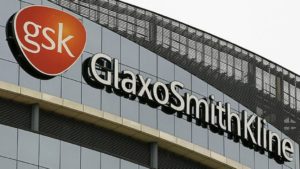 GSK Nigeria focuses on the research, development, and manufacture of pharmaceutical products and consumer health products. GSK Nigeria produces a wide range of pharmaceutical products grouped into several categories like; Prescription drugs, vaccines, and consumer healthcare products. Its most popular products include the Ventolin (Inhaler) and Ampiclox. GSK Nigeria’s head office and commercial branch is located in Lagos, however, its manufacturing site is located in Ogun State.

May & Baker Nigeria Plc is one of the oldest and possibly the first pharmaceutical company in Nigeria. The company which has its origins in England, UK started as May & Baker (West Africa) Limited at a trading post in Lagos to serve the West Coast of Africa. It later established its manufacturing factory in Ikeja and was renamed to May & Baker Nigeria Limited.

The company currently produces a large number of pharmaceutical products which include Anti-diabetics, Anti-hypertensive, Anti-bacterial, Anti-infectives, Anti-malaria,  Cough & Cold, Multi-vitamin, Analgesic, and Anxiolytics. The company is also involved in the production of beverages.

Chemiron International Limited was established in 1987 as Chemech Laboratories Nigeria Limited. The company was renamed due to the expansion of its services to include other areas.

The company heavily focuses on producing top quality drugs which will improve the health of its customers. Its drugs are also quite affordable and readily available in most parts of Nigeria. It also has a distribution network which makes it easier for customers to get linked with the right distributors who sell authentic drugs produced by the company.

Its most popular products are the Chemiron Blood Nourishing Tonic and Capsules.

Drugfield Pharmaceuticals was established in 1991 and began manufacturing drugs in 1993 after being approved and recognized by the relevant agencies including NAFDAC. The company initially focused on the production of the dosage form of dermatological antibiotics and antifungal drugs but later expanded to other manufacturing areas. Presently, it manufactures a wide range of products including antibiotic dry syrups, tablets, creams, capsules, gels, nasal drops, ointments, powders amongst others.

Drugfield Pharmaceuticals has a total of 140 registered pharmaceutical products which are available for purchase all over the country.

The company has a number of products under its name and is known for its quality products and focus on customer satisfaction.

Presently, the company has over 20 different pharmaceutical products under its name. These products are divided into several categories – Anti-malaria, Anti-fungal, Vitamins/Mineral supplements, Antibiotics/Antibacterial, Anti-tuberculosis, Analgesics, Antispasmodic, Anti-hypertensive, Nasal decongestant, Antiviral, Antiseptics amongst others,

Agary Pharmaceuticals Limited unlike others in our list is mainly a distribution company that engages in the importation and distribution of medical and hospital consumables. However, the company also manufactures several products which it distributes under its brand name. Its product range includes active pharmaceutical ingredients, laboratory equipment, hospital consumables, personal care products, diagnostics kits, and drugs.