If you’re looking for the best A-Level school in Lagos, you’ll probably end up confused as there are many excellent schools that offer quality A-level education.

However, we’ve decided to make the search quite easy for you by compiling a list of the best A-level schools in the state. 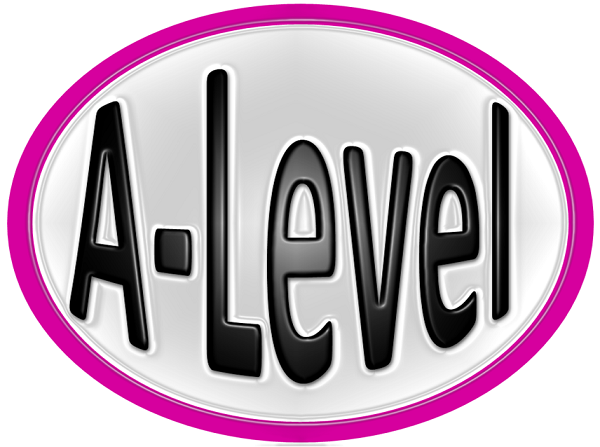 As the name implies, this isn’t a school but a group of schools affiliated with the British Council. These schools offer a UK curriculum at the O level, IGCSE and A level. They are also known as the Partner Schools Global Network.

Interestingly, these schools aren’t only in Lagos or Nigeria as there are several of such in parts of West Africa, South Asia and the Middle East.

The British Council has been in the country since 1943 and they have been very pivotal in the educational sector by reaching out to educators and partnering with them to prepare students for advanced level education.

Established in 1993, Oxbridge Tutorial College is the first specialist sixth form college in the country.

The centre prepares students for the Cambridge International Exams which is conducted by the British Council.

Oxbridge’s students are known to achieve one of the best results in the country and these students seamlessly find placement in U.K Universities after completing their programme.

Oxbridge is located in Ikeja GRA and the college has state of the art facilities like science laboratories, computer facilities, multimedia facilities, ever-expanding libraries as well as boarding facilities for both male and female.

Established in 1998, D-Ivy College is a private co-educational institution. The college was founded by Mr Oludotun Akintoye Ilo.

The vision of D-Ivy College is to provide well-rounded quality education which is at par with what can be obtained at any part of the world.

D-Ivy College has produced excellent students over the years and these students have been able to gain admission into top schools in Nigeria, U.K and U.S.A.

Apart from the A-level program, D-Ivy College also operates a secondary school that prepares it students for the WAEC and NECO examinations.

Also, D-Ivy College has been known to prepare students for internationally recognized examinations like IGCSE, TOEFL, SAT, GMAT and GRE. Students from D-Ivy have gone on to produce excellent results in these exams.

Loral International Schools was founded by Mrs Loretta Nwosu when she returned from the United Kingdom after her education.

The school was established in 1976 and initially started as a Nursery and Primary School. Over the years, Loral has grown into 5 schools which include:

The A/level College which is located in Igbesa has become a much sought after college for students that are interested in enrolling for A/Level examinations.

Westminster College was established in 2000 and the college is located in Idimu in the Alimosho Local Government Area of Lagos State.

Westminister isn’t just an A/level college; it is also an international comprehensive secondary school that has been purpose built to serve both day and boarding students.

The school has a student to teacher ratio of 20:1 which enables optimal learning and effective monitoring of students’ progress.

Additionally, the school has a group of experienced and qualified teachers that provide qualitative education while making learning enjoyable.

Bridge House College offers full-time Cambridge A/level Programme which has a duration of two year with the annual admission in September.

The college provides an option for students to do their first year in the Bridge House College in Nigeria after which they can proceed to the United Kingdom to continue and complete the programme at the affiliate college, Brooke House College, UK.

According to the Bridge House website, the school helps students develop effective study techniques that enable a greater depth of knowledge and understanding. As a result, the programme tends to organize seminars on time management and revision techniques.

SunRise Sixth Form College is a privately owned school located in Isolo, Lagos. The college provides a full-time Cambridge AS and A-level courses for students between the ages of 16 and 22.

Over the years, an estimated 100 students have studied at the SunRise Academy and have gained admission in top universities around the world.

Also, students of Sunrise Academy have been known for academic success. In fact, the school is known to have a high pass rate in the A level exams.

The college is affiliated to several foreign universities which often makes the transition easier for students. In the United Kingdom alone, SunRise has affiliations with 36 UK schools in Nigeria.

The school offers the International University Foundation Programme (IUFP) which is a one year full-time pre-degree course that provides a direct entry route to prestigious British Universities for degree courses in the United Kingdom. The programme is particularly suited for Nigerians in  the country seeking direction admission into top British Universities after one year study without have to enrol in the two year GCE ’A’ Levels course.

Albesta Academy is one of the accredited centres for the Cambridge International Examination.

The centre also runs a full scale secondary school where other relevant subjects are offered
Albesta employs a unique strategy in training its student by using the internet, interactive board, projectors and other modern teaching aids.

Westerfield College is another top A/Level school that is particularly known for their premium facilities and their students’ outstanding performances.

Cambridge College is located in Ikeja GRA. The school partners with the Brooke College in the U.K to provide the best training for their students in advanced level courses.

So that’s it, we’ve made the search seamless for you by selecting our top 10 A/Level schools in Lagos State. All you need do now is take your time and select the school that is the right fit for you.