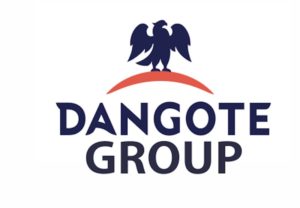 Dangote Group remains the largest manufacturing company in Nigeria and possibly Africa. The company which was founded in 1981 by Aliko Dangote now has a workforce of over 30,000 skilled personnel with revenue of over $4.1 billion as of 2017.

The company was into the importation of cement, fisheries, rice, sugar, and other consumer goods during its early years and later moved into manufacturing in the 1990s. The company presently manufactures cement, flour, sugar, salt, and oil. Dangote Group has it headquarters in Lagos from where administrative decisions are made and passed to its subsidiaries in Nigeria and other parts of the world. 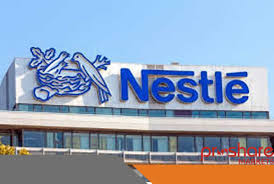 Nestle Nigeria is one of the largest manufacturers of beverages and food seasoning. The company was established in Nigeria in 1959 and currently has a workforce of over 2,300 employees. The company has its head office located in Ikeja with 8 branch offices and 3 manufacturing sites spread across the country.

Nestle is mainly known for its most popular brands like Milo, Maggi, and Golden Morn. 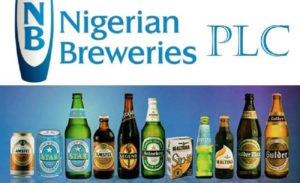 Nigerian Breweries was established in 1946 and remain the largest brewing company in Nigeria till date. The company brewed its first bottle in its Lagos Brewery in 1949. The company has gone ahead to erect more breweries in different locations in the country which has increased its production capacity, therefore, sealing its position as the largest brewery in Nigeria.

Nigerian Breweries Plc has a number of alcoholic and non-alcoholic brands under its name, these include Star Lager, Gulder Lager, Beer, Goldberg Lager, Heineken Lager, Legend Extra Stout, Maltina, Amstel Malta amongst others.

Its head office is located in Lagos State, Nigeria. 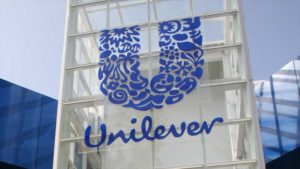 Unilever Nigeria Plc is one of the largest manufacturing companies in Lagos with a wide range of products ranging from food to beauty products. The company which was established in 1923 was originally involved in the trading of soap before establishing its soap factory in 1925.

Over the years, the popularity of the company grew and it expanded into the production of other products like food seasoning. It also erected more factories to increase their production capacity. Today, it is a major employer of labor generating revenue of over N90.77 billion as of 2017.

The company’s history dates as far back as 1899 when its founders opened a trading post in Nigeria. It took more than 50 years before the company began producing soaps in Nigeria from its factory in Aba. Today, the company is a major employer of labor and one of the largest manufacturing companies in Lagos.

PZ Cussons Nigeria Plc is not only known for its beauty products, but it is also known for its electronic products which it manufactures and sells under the brand name “Haier Thermocool. Over the years, it has become a household name in Nigeria due to the quality of its products.

DUFIL (De United Foods Industries Limited) began its operations in Ogun state in 1996. It erected the first instant noodles manufacturing plant in Nigeria. It was also the largest in Nigeria and Africa at that time.

The company was incorporated in 2001 and converted to a Public limited company in 2008. DUFIL manufactures and sells the most popular instant noodles brand – indomie noodles – which is considered the best by most Nigerians. The company has other products under its name. They include; Power pasta, Power oil, Minimie chinchin, and Minimie pasta amongst others. 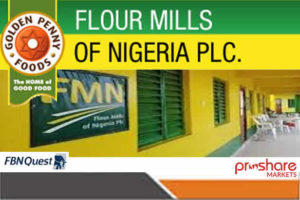 Flour Mills of Nigeria was founded by George S. Coumantaros as an agribusiness company in 1960. The company is primarily engaged with the production of food products and has risen to the ranks of one of the biggest agro-allied companies in Nigeria. The company is also one of the largest manufacturing companies in Lagos with a workforce of over 12,000 people running the day-to-day activities of the company.

Flour Mills of Nigeria manufactures a wide range of products under its name. 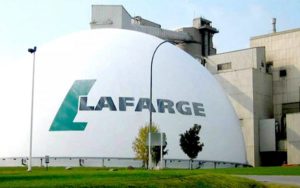 Lafarge Nigeria is one of the largest manufacturing companies in Nigeria and Africa. The company is a subsidiary of LafargeHolcim Group – the largest building solutions company in the world.

Lafarge Nigeria has 4 plants located in different areas of the country and has a cement production capacity totaling about 10.5MTPA. The company doesn’t only specialize in the production and sale of cement but also building materials. Its head office is located in Lagos. 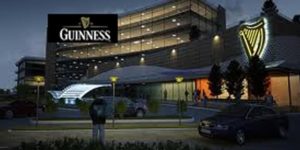 Guinness Nigeria Plc brewed its first bottle of Guinness Foreign Extra Stout in Nigeria in 1963 marking its rise as one of the market leaders in the brewery industry. It is one of the few brewing companies not associated with the Nigerian Breweries Plc that has a large consumer base. The company began expanding and established its second brewery in 1974. Presently, the company has four breweries located within the shores of Nigeria.

The United Africa Company of Nigeria (UACN) was established in 1931 as Nigerian Motors Ltd and later rebranded to its current name in 1973. The company was previously engaged in the auto trade market before expanding to other areas.

The company is involved in the manufacture of a wide range of products including textiles, personal care products, tractors and equipment, consumer foods, timber and plywood, and auto trade.

That concludes the article on the top 10 manufacturing companies in Lagos, these companies are not only the best but also the largest in Lagos and Nigeria.