https://www.googletagmanager.com/gtag/js?id=G-1TQYGC6LSX
Home
Companies
Where to get International Passport in Lagos

It bothers the mind when you need something and has the money to purchase it, yet, you can’t figure where you can buy or get such an item. One of such things that Nigerians often seek where to get it from is an International passport. At times, in the urge to quickly get and being ignorant of where to get a valid one, they tend to fall prey of scammers and later being duped by being given a fake passport.

An international passport is one of the most reckoned forms of identity. The purpose of a passport is to show other nations that you are a legal citizen of a particular country. If you are a Nigerian for example, and you want to have access to the United Kingdom, you must tender to passport to the custom before your entry could be granted.

A passport would contain your name, birthdate, signature and your Nation of Origin. It does have an expiry date which is usually stated on the inside cover.

However, if you reside in Lagos Nigeria, and you are looking for where to get an International passport from, then you’ve just landed on the right page.

Where to get International Passport in Lagos 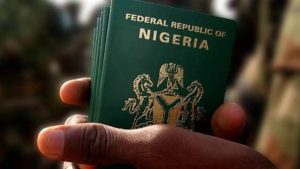 Many had fallen into the scam by trying to get their International passports, unknowingly from unreliable sources. It is however very important to know where to obtain a valid passport at the cheapest possible price

There is no better place to get an International passport than the National Immigration Services offices. Here are the Address and Contacts of NIS offices in Lagos state.

You may be required to tender a birth certificate as a means to prove citizenship and Identification. There is always a fee of around 20,000 naira attached and a waiting period.

You can also register for an International passport online. The online Application process is very straightforward and simple. Click HERE to read all the procedures and the requirements involved from the official Web page of the Nigerian Immigration Service.

It is hoped that the information given above is useful, and just in case you know of any other NIS offices in Lagos other than the ones listed above you may share in the comment section. Thanks.