If you’re looking for somewhere to watch the latest movies in Lagos, there are many great movie cinemas in the state.

Located at the Rock Drive off Bisola Durosinmi Etti Drive in Lekki Phase 1, Lagos, the Filmhouse IMAX is the first IMAX movie theatre in Nigeria. It was launched by the Filmhouse Cinema and it currently shows movies in both 3D and 2D for both kids and adults.

The IMAX Cinemas is owned by the Filmhouse Cinemas Limited which is a dynamic film exhibition company with a vision to become the no.1 cinema brand in Nigeria.

This Filmhouse Cinema is different from the Filmhouse iMax which uses iMAX, a system of high-resolution cameras, film formats and film projectors.

Located in the Palms Shopping Mall, Lekki, Lagos, the Genesis Cinemas is one of the major movie viewing theaters in Lagos.

The cinema is owned by the Genesis Group, a Nigerian based conglomerate established in 1991 which has investments in hospitality, entertainment and facility management.

The Genesis Cinemas was launched into the Nigerian market in 2008 and has growin into over 9 cinemas with 35 screens and over 5000 seats. The cinemas are located in cities like Lagos, Port-Harcourt, Warri, Owerri, Abuja and Asaba.

Located at 87 Cemetry Street, Off Abeokuta Street, Ebute-Metta in Lagos, the Ground Zero Cinema is popular game and entertainment centre.

At Ground Zero you can watch and enjoy the latest Nollywood and Hollywood movies. You can also enjoy these movies in 5D Cinemas and 7D interactive centres. Additionally, the centre attracts a lot of children from schools that come to enjoy the train ride which offers a real stimulating effect of the actual train world.

Magic Kingdom Games & Amusement Cinema is a movie theatre company located on 1 Hussey Street, Yaba, Lagos. The company operates using the technology of 3D, 5D, 7D and 9D cinema. For instance, the 7D Cinema is novel digital movie technology that is based on the 3D and 5D technology,

Also, Magic Kingdom is a pioneer and a 4D/5D/7D solutions provider for the 5D and 7D Theater industry. The center has vast experience and cutting-edge technological capabilities and it is positioned as one of the leading providers of 4D / 5D / 7D cinema and motion effect seat simulators for parks, malls, 3D/4D/5D/7D cinemas, museums, planetariums, expos and edutainment centers

The Marturion Cinemas is a movie house that offers standard service in Hollywood and Nollywood movies in a comfortable and cozy atmosphere.

The cinema is part of the Marturion Group that is dedicated to the creation, distribution and exhibition of entertainment content across all consumer bases in Nigeria and beyond.

Marturion Cinemas opened its first outlet in the busy Igando area of Alimosho Local Government in Lagos in order to bring the cinema experience to the population in this area.

Ozone Cinemas is located at the E-Centre which is at 1-11 Commercial Avenue, Sabo, Yaba, Lagos.

The cinema is a four-screen cinema with 619 luxury seats offering daily show of the latest movies.

Ozone Cinemas began operations on the 13th of November, 2008. The cinema was designed to international standards with perfect acoustics; each auditorium is equipped with state-of-the art projection and Dolby surround sound. In fact, it is a culmination of several years of research, and the collaborative effort of our consultants and technical advisers in the United States of America.

The film selection is made up of the very best movies produced in Nollywood, Hollywood and Bollywood.

The cinema is located in the heart of Victoria Island and the service quality is comparable to what is found in developed markets.

Apart from these cinemas, there are other cinemas in Lagos that are not as popular. These include:

Dews Cinema is one of the exciting places in Lagos that keeps you entertained with several interesting movies. The cinema is located at Plot 1, Dream Center 202 Road, 2nd Avenue, Festac Town, Amuwo Odofin.

Magic Mouse Cinemas is a movie theater and cinema hall located in Surulere, Lagos. The cinema is located on 16, Ajao Road, Surulere.

Magnificent Cinemas is a filmhouse located in one of the major cities of lagos known for its sensational film experience coupled with a cozy atmosphere for proper relaxation. The cinema is located at 180/184 Moyosore House, Ikorodu Rd, Somolu, Lagos. 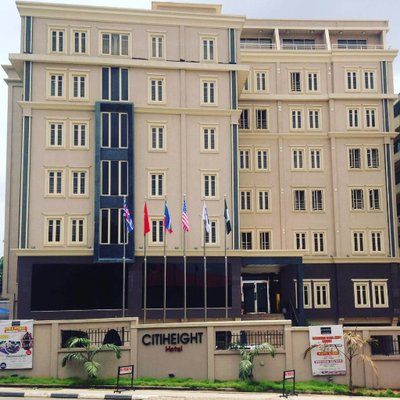